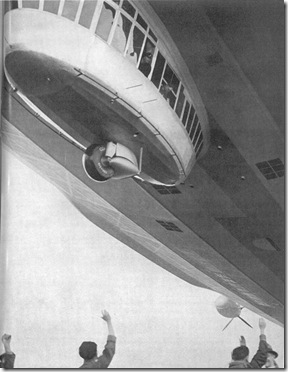 Four years ago when I began work on “Faces of the Hindenburg”, my immediate challenge was to pull together all of the various bits and pieces of information that I had managed to gather over the years about those who flew on the LZ 129 Hindenburg’s last voyage during the first week of May in 1937. “Faces” was, of course, never meant to be a comprehensive history of the Hindenburg itself, and it has always been my intention to eventually build a website dedicated to presenting a “down to the rivets” look at the ship and her story.

Well, given the fact that such a website will require a great deal more time to assemble than I seem to currently have available to me, it occurred to me that it might not be a bad idea to start off with a slightly less ambitious approach. Using a blog format, I feel, will allow me to begin writing and presenting material that I can eventually adapt for use in a full-fledged website. The maiden voyage of my Hindenburg website may be some time off yet, but it’s high time that I began to at least draw up a few blueprints, perform some wind-tunnel tests, and maybe lay down a preliminary ring or two just to get things rolling.

On this date in 1930, a confidential internal company document was circulated amongst a select few at Luftschiffbau Zeppelin. Entitled “Projekt LZ 129,” this document set out the first general specifications as to what the company’s new passenger Zeppelin would look like. These specifications were not final, and in fact the design of what would ultimately become the Hindenburg changed as the project progressed, with many of the design changes eventually occurring during the ship’s construction phase.

My own process will likely be far less methodical than that of the Hindenburg’s designers. This blog will, at first anyway, simply be an outlet through which I can write about various aspects of the Hindenburg’s design and history as it happens to occur to me to write them. However, I can think of no more appropriate name for this new blog of mine than that which graced the cover of Luftschiffbau Zeppelin’s first internal report on the design of the Hindenburg on December 29, 1930, 82 years ago today.

Posted by Patrick Russell at 4:14 PM